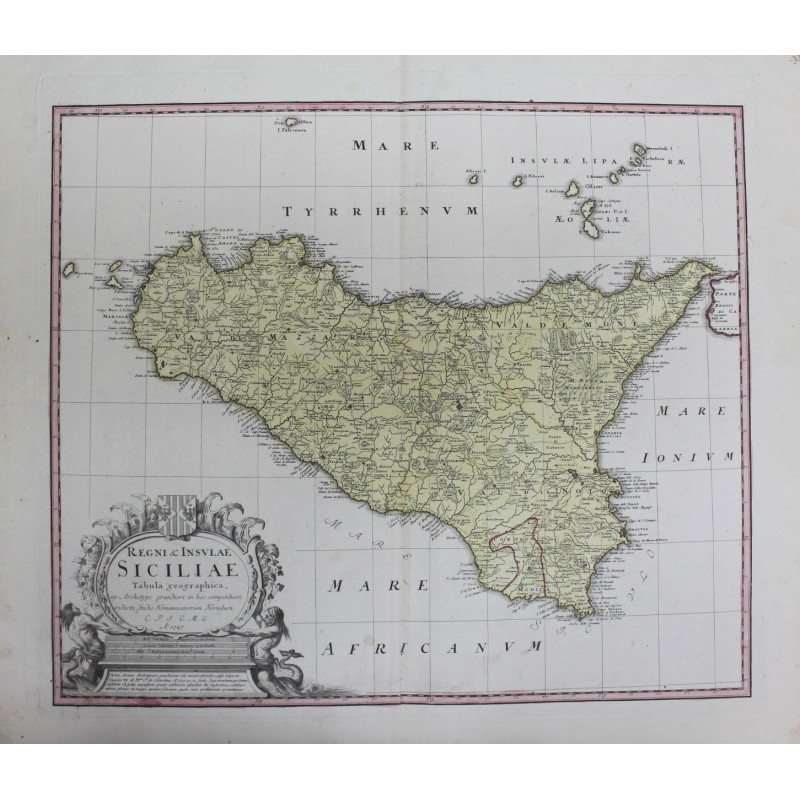 Map of Sicily - by J.B Homann